I never thought my experience as a Black woman, nor my experience as a woman who enjoys sex, would combine in a way that could put me in jail. When I was diagnosed with HIV in 2003, I had a very limited understanding of what that meant with respect to accessing treatment, being virally suppressed, dating, disclosure, fear... living. I would wait until my family finished eating, washing clothes and dishes for the day before I would wash and clean for myself. This is no way to live while managing an illness. Slowly I learned how to stay healthy without thinking I was a threat to my friends and family. It seemed, the more questions I asked, the more I realized how strong the residue of stigma from the 1980s regarding people with HIV (PWH) still permeated our society. Fast forward to 2020, I now know so much more about what living with HIV looks like in the landscape of politics, prescriptions, and penalties. 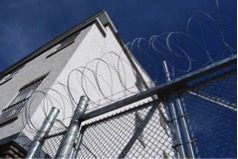 Living conditions in prisons and jails are not usually up to public health standards. Once a person with HIV is jailed, HIV care is difficult to maintain. There’s a lack of specialized providers and treatment options, and monitoring of common illnesses that occur when living in overpopulated environments is poor. Also, many of the issues that lead to incarceration (drug use, sex work, mental illness) and contribute to HIV acquiring risk behaviors, are rarely addressed.

A number of states have laws that classify the bodily fluids of PWH as weapons in the context that an individual can be penalized for spitting or biting as well as sexual intercourse or needle sharing without disclosure of their status. This is just one of the long list of archaic and unjust legal terms related to the criminalization of HIV status. “Bodily fluids” include saliva, which evidence shows is not one of the ways HIV can be transmitted. But, despite medical treatment advances – U=U, PrEP, and PEP, treatment options which did not exist when these laws were written – a person with HIV who is virally suppressed, discloses to sexual partner(s), and does not transmit HIV, can still be accused under laws in some states that lead to penalties of up to 30 years. Some prosecutors loosely interpret the laws and do not consider proof of disclosure, proof of intentional transmission, or consider whether the person being charged is on antiretroviral therapy (ART). Most state laws do not consider if transmission occurred; there are people in prison right now because of the simple perceived potential of HIV exposure. Kerry Thomas, for example, is serving two consecutive 15-year sentences in Idaho for non-disclosure to his partner; however, Kerry used a condom, was on ART, had undetectable HIV status, and no transmission occurred. However, because of the way the law is written, Kerry will not be out of prison until 2038. 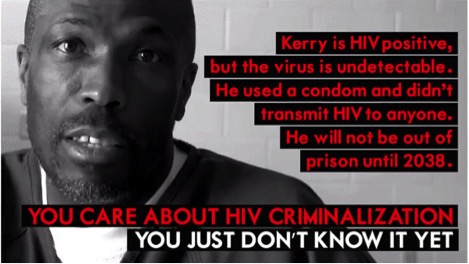 These laws do not eliminate stigma, and instead, reinforce it. If these laws were meant to change behavior, they have failed. The only behavior they succeeded in increasing is that of a disgruntled HIV-negative partner to coerce, control, or subject a partner with HIV to violence through the threat of legal action.

My friend Brady Dale Morris from Tennessee recounts the impact HIV criminalization has had on him:

“Coming to terms with my AIDS diagnosis was an extremely difficult mental process on its own, but then learning my life could be even further impacted by current HIV criminalization laws became more than I could handle. Realizing I could be arrested based upon a false accusation of not disclosing my HIV status led me to not only isolate myself from society but also caused extreme anxiety and insurmountable depression in my life, which manifested into multiple suicide attempts. These laws did nothing to stop me from contracting HIV, but they did almost cause my death.”

Morris worked tirelessly on the U = U, or Undetectable = Untransmittable campaign. Using his experience and, with support from the Prevention Access Campaign, Morris was able to get the Tennessee State Department of Health to sign on to the U=U message, that PWH on ART for six months or longer, and with an undetectable viral load, cannot transmit HIV to another person. Morris suggests, the way the laws are written discourage HIV testing, since one must know one’s status to be prosecuted. 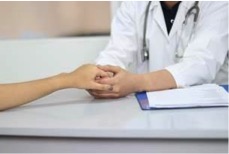 Many PWH, including me, live in a perpetual state of worry and fear that someone from their past could come forward and say they were never told of potential exposure to HIV or that they contracted HIV through intimate contact with the person accused. Prosecutors using HIV criminalization laws do not typically consider the time between relationships and the likelihood that the person accused may not be the individual who transmitted HIV. The fear of being added to sex offender registries or losing their jobs, their families, and life as they know it, is real. While prosecutors and judges need to consider the science of HIV transmission, it would help the process of criminalization reform if medical providers and medical staff joined the conversation from a public health standpoint. There are no peer-reviewed papers or published studies to support a public health benefit to arrests and convictions because of HIV status criminalization.

If the goal is to end the epidemic, we know early diagnosis, engagement, and retention in care for PWH, and ensured equitable access to affordable health care is key. My ask of providers reading this is, you support PWH and advocates repealing or reforming HIV criminalization laws by joining as allies and call for real public health solutions with organizations such as the Association of Nurses in AIDS Care and the American Medical Association. In your clinical setting, talk to your patients with HIV about disclosure, U=U, PEP, and PrEP usage. Viral suppression is critical, so help them to navigate barriers, including self-induced stigma which may prevent them from adhering to their treatment. It is also important to ensure peer navigators who are helping your patients, are well versed in HIV criminalization, intimate partner violence, and other issues that may intersect with their willingness to access treatment. Look at the lives and experiences of your patients with HIV beyond the care continuum spectrum. Your support will help them to live their lives free of fear-based on their HIV status. HIV status criminalization destroys lives and drives those at greatest risk of HIV infection from getting tested and PWH further underground.