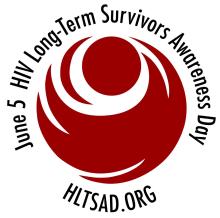 June 5th is the day we honor of all People with HIV. It is the anniversary of the day the U.S. Centers for Disease Control and Prevention reported in the Morbidity and Mortality Weekly Report (June 5, 1981) about five cases of a rare pneumonia affecting young gay men living in California, and that two of the men died from their illnesses. It was the beginning of what would later be identified as HIV/AIDS.

Celebrate 35 Years with the AETCs